USA: The US Environmental Protection Agency (EPA) has repeated warnings of the dangers of using hydrocarbon refrigerants as substitutes for R22 in existing equipment.

The EPA warns that using a propane-based refrigerant in a vehicle or home air conditioner that is not designed to use flammable refrigerants poses a threat to homeowners as well as service technicians.

“Systems that are recharged with an unapproved alternative called “22a” can catch fire or explode, resulting in injury and property damage,” it says.

A number of refrigerants with “22a” or “R-22a” in the name contain highly flammable hydrocarbons, such as propane, and have been marketed to US consumers and contractors seeking to recharge existing R22 systems.

These refrigerants have not been submitted to the EPA for review under its SNAP programme, so are prohibited from use. Further, the EPA recently issued a proposed rule that would list refrigerant products sold as 22a and all refrigerants identified as flammability Class 3 in ANSI/ASHRAE Standard 34–2013 as unacceptable for retrofitting residential and light commercial AC and heat pumps—unitary split AC systems and heat pumps.

In March, a Louisiana man was arrested for selling a product called Super-Freeze 22A. According to reports, most of the individuals who purchased the product were unaware it was potentially flammable.

In January of this year, Northcutt Inc, of Wichita, Kansas, agreed to pay a $100,000 civil penalty and discontinue US marketing and sales of unapproved flammable hydrocarbon refrigerants sold as ES 22a and ES 502a.

Last year, Enviro-Safe Refrigerants of Pekin, Illinois, agreed to pay a $300,000 civil penalty and cease marketing and sales of hydrocarbon refrigerants HC-12a, HC-22a and HC-502a, as substitutes for ozone-depleting substances.

The EPA says it continues to investigate instances where propane-based refrigerants have been illegally marketed and used as substitutes for HCFC22 (R22) and will continue to take enforcement actions where appropriate.

“Using an unapproved, flammable refrigerant in a system that wasn’t designed to address flammability can lead to serious consequences, including explosion or injury in the worst cases,” said Janet McCabe, acting assistant administrator for EPA’s Office of Air and Radiation. “As the summer cooling season gets started, we want to make sure consumers and equipment owners know what is going into their system is safe.” 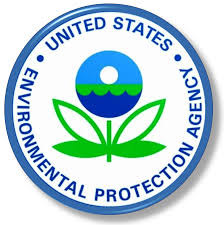